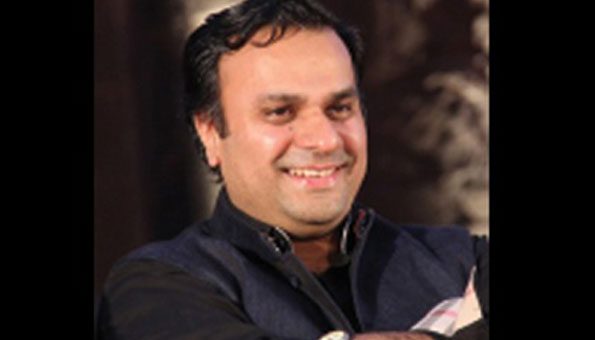 PUNE: The Sakal Media Group (SMG) has taken the initiative to solve issues related to agriculture, education, entrepreneurship and development which came forward during the recent Maratha Kranti morchas and have now become the focal point in society.

During a meeting held here, organisers of the Maratha Kranti morchas and progressive representatives of other communities decided to seek solutions to the questions raised. The Maratha morchas brought the issue of agriculture and industry to the fore. Participants said for the first time a discussion was held to provide a solution to these issues. The political leadership and the mainstream media have ignored the important questions related to agriculture, education, entrepreneurship and development. The morchas have pushed the issues to the fore again. On this background, SMG decided to undertake an action-oriented programme with participation of all sections of society.

To develop Maharashtra’s villages, Abhijit Pawar, Managing Director of Sakal Media Group, spoke about the concept of a smart village which can ensure good benefits to agriculture, education, entrepreneurship and development. Many of the  dignitaries present expressed willingness to actively participate in this scheme.

Abhijit Pawar, Managing Director of SMG said, “Fewer funds and unemployment are major issues across the globe. Platforms like Young Inspirators Network (YIN) and Tanishka Women’s Dignity Forum will provide solutions to these questions. If we all come together then we can stand as an inspiring example to the world. But it is equally important to have a consensus among all groups in society. There is a need to develop skills among the young of all communities to enhance efficiency. Citizens, politicians, experts, self-help groups and financial groups should be brought together for this. The important factor is again, participation by all groups. Implementation of holistic planning should be carried out. Sakal Media Group has taken a step forward for the same.”

He emphasised that if all sectors come together, then there will be no need to depend on anyone.

SMG’s Chief Editor Shriram Pawar explained the background of the meeting. He said that unprecedented Maratha morchas are being organised and this agitation does not spread hatred against anyone. “Without any leader, the agitation has witnessed huge participation of the community. The demands of the agitation should not be lost in the struggle for development. For this, there is a need to follow agricultural development and entrepreneurship,” he said.

Adinath Chavan, Editor of Agrowon, explained the concept of smart village, selection of villages, people’s participation and other activities that will be included under the project.

Agricultural entrepreneur from Nashik, Vilas Shinde spoke about the journey from an unemployed youth to forming the Sahyadri Farmers Producers Company which is exporting grapes. He said his experiences have taught him that everyone can solve their problems if they increase their strengths. He expressed support to those who come forward in this journey. He said that earlier he had to take loans with four per cent interest rate but later banks came forward to give loans at 2 per cent rate. He added that the annual turnover of his company is now Rs 250 crore. He said this became possible with transparent working, providing farmers with the best technology, capital and market.